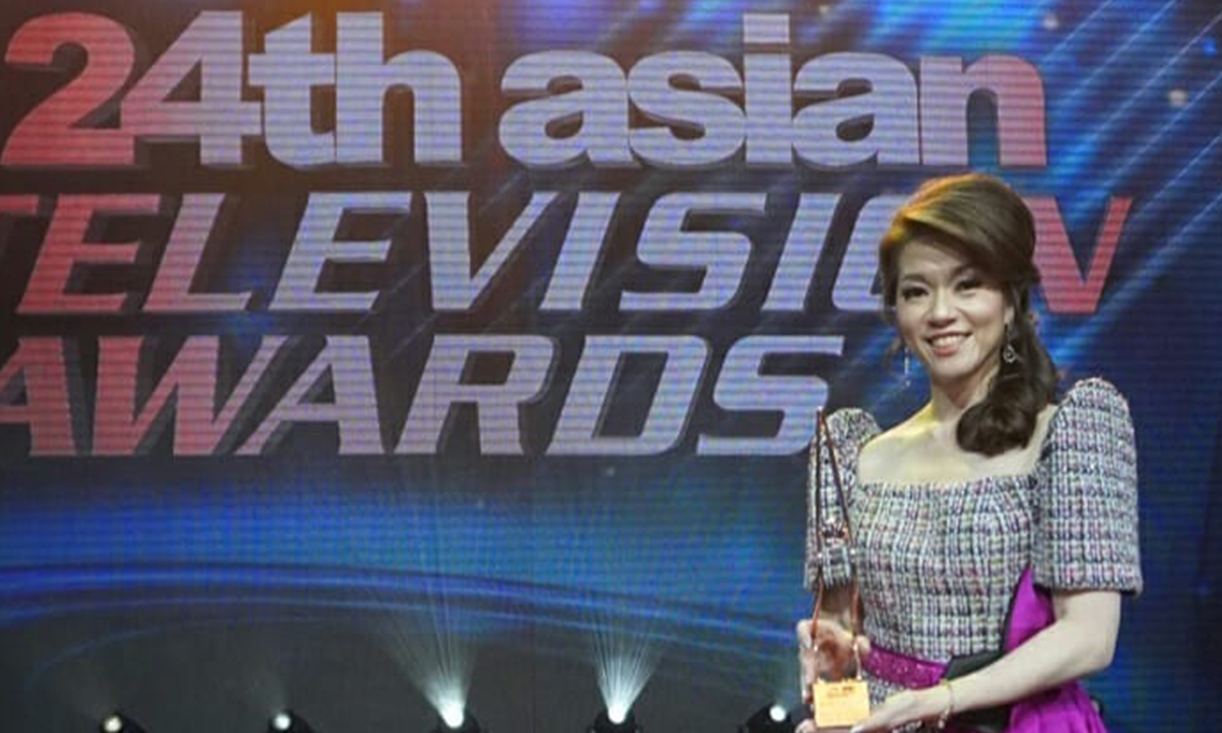 PRESS RELEASE FROM ABS-CBN:
ABS-CBN News Channel (ANC) anchor Cathy Yang brought honor to the Philippines anew at the start of the new decade after being named as Best News Presenter at the 24th Asian Television Awards held recently here in Manila.

Cited for her work in the ANC business news program “Market Edge with Cathy Yang,” Cathy said the award ‘takes her full circle’ as a journalist, during an interview with ABS-CBN News after her win.

“From being a Kapamilya where I learned all the ropes and then I went abroad from Manila to Tokyo to Hong Kong and back, here I am again. Thank you, ANC and thank you, Kapamilya for all the support,” she said.

In her acceptance speech, Cathy talked about the great honor of telling the remarkable story of Asia’s growing economies from her homeland.

“As a financial journalist I am so proud to be the storyteller of that narrative and to be doing it with my Kapamilya at work and my family at home.”

The anchor of “The Boss” and “Business Nightly” on ANC is now a four-time winner in the Asian Television Awards, after bagging the honor thrice for another regional news network. This year, she bested fellow broadcasters from the Philippines, China, Japan, India, and Taiwan.

The award also comes on the heels of her recognition as Best News or Current Affairs Presenter at the Asian Academy Creative Awards in Singapore last December 2019.

Jeff Canoy’s documentary on the Taal eruption to premiere tonight