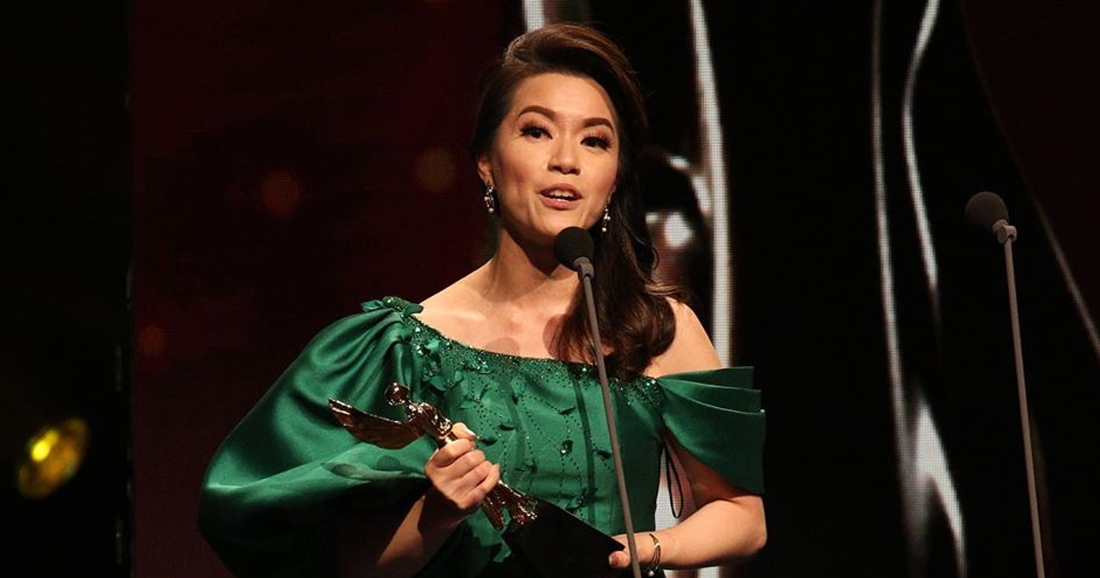 There’s no stopping Cathy Yang. On Thursday, the ABS-CBN News Channel anchor and managing editor took home the coveted “Goddess of Creativity” trophy at the 2019 Asian Academy Creative Awards — the lone Filipino journalist to win a major award this cycle.

Yang was honored as this year’s Best News or Current Affairs Presenter/Anchor, besting other big names in Asia Pacific such as Simon Dallow of TVNZ 1 News, Arjun Kharpal of CNBC, Gan Jiang Han of Astro AEC and Lin Xueling of Channel NewsAsia.

“Thank you, thank you, Asian Academy Creative Awards. It is my first foray into the Academy as it is for the ABS-CBN newsroom. We just took a stab at it. Hey, why not? It’s new in the game. We’ve been with other competitions but this one really made us want it,” Yang said in her acceptance speech.

Yang, a three-time Asian TV Awards honoree, was earlier chosen as the regional winner for the same category, where she also received a certificate.

“In this digital age, it’s not enough to be part of the disruption. But to be the disruptor,” Yang said in her speech. “I am just gonna take this trophy to the team who just dared to go with me in that journey that started in May, to just take away the anchor chair, the anchor table, let’s do that walk-and-talk with the LED wall. Let’s try to tell the story about the beautiful country called the Philippines and its economic growth that is powering ahead throughout the rest of Asia.”

Launched in 2018, the Asian Academy Creative Awards aims to recognize and honor excellence in broadcast and other forms of media content across Asia Pacific.

Watch her entire speech below: