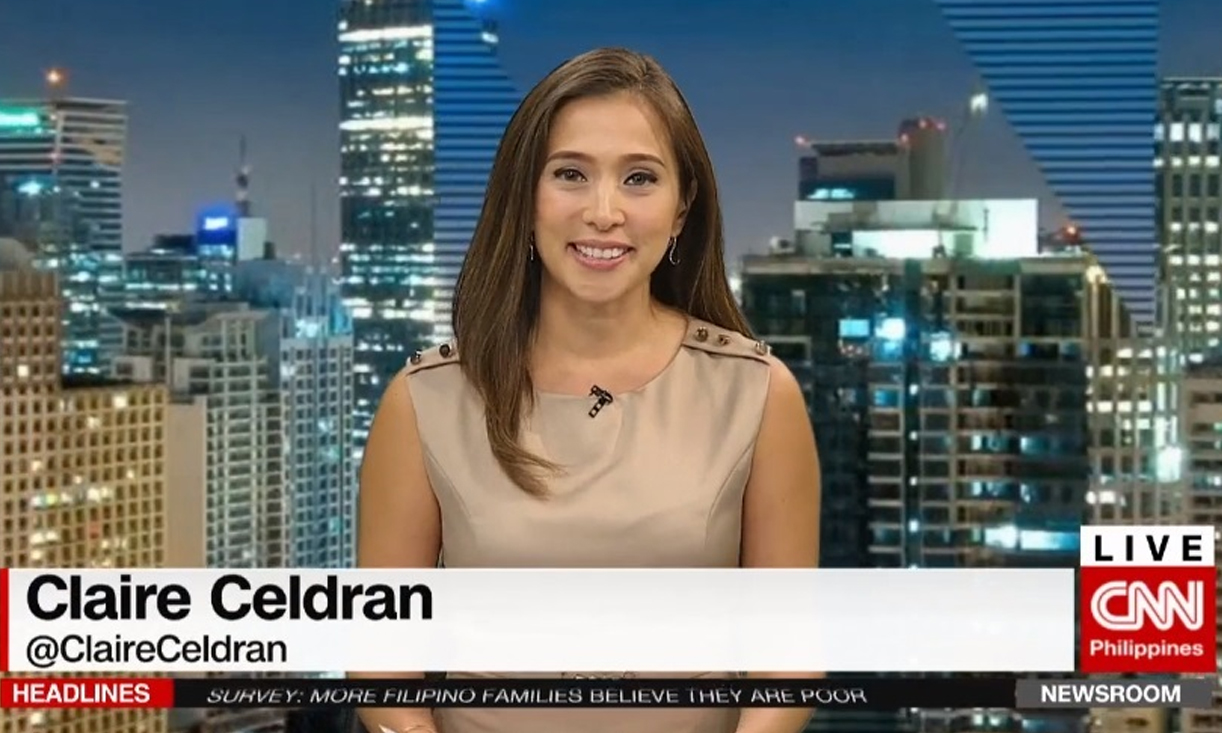 In what is no longer a surprising development, given that she already made an unannounced return three weekends ago, Claire Celdran is officially back to CNN Philippines.

The 41-year-old journalist, who was last seen as anchor of New Day and Newsroom, is now the new interim anchor of Newsroom Weekend, heading up the midday edition of its Saturday broadcast and its primetime edition every Sunday.

As per our sources, Celdran will only be filling in for the weekend newscast on a temporary basis as she will be having her own daily newscast, which is currently in pre-production.

Aside from that, we had been told that the network will also produce a weekly current affairs program for her. No word about its exact format yet, but it will be part of her new contract.

Best known as the lead anchor of New Day — and its earlier incarnations: Headline News, Daybreak, Solar Daybreak — Celdran took a hiatus in May of last year. At the time, she left network news to spend more time with her family.

A young news veteran, Celdran spent over a decade in the U.S. working on some American television productions. She also had a stint at the New Jersey-based station EbruTV, where she worked as a primetime news anchor.

Before that, of course, Celdran worked alongside the likes of Tina Monzon-Palma and Angelo Castro Jr. at the Sarimanok News Network, now known as ANC.

Question: Where on CNN Philippines do you want to see Celdran? What do you think would be the perfect program format for her? Let us know below.

Watch her first broadcast below: