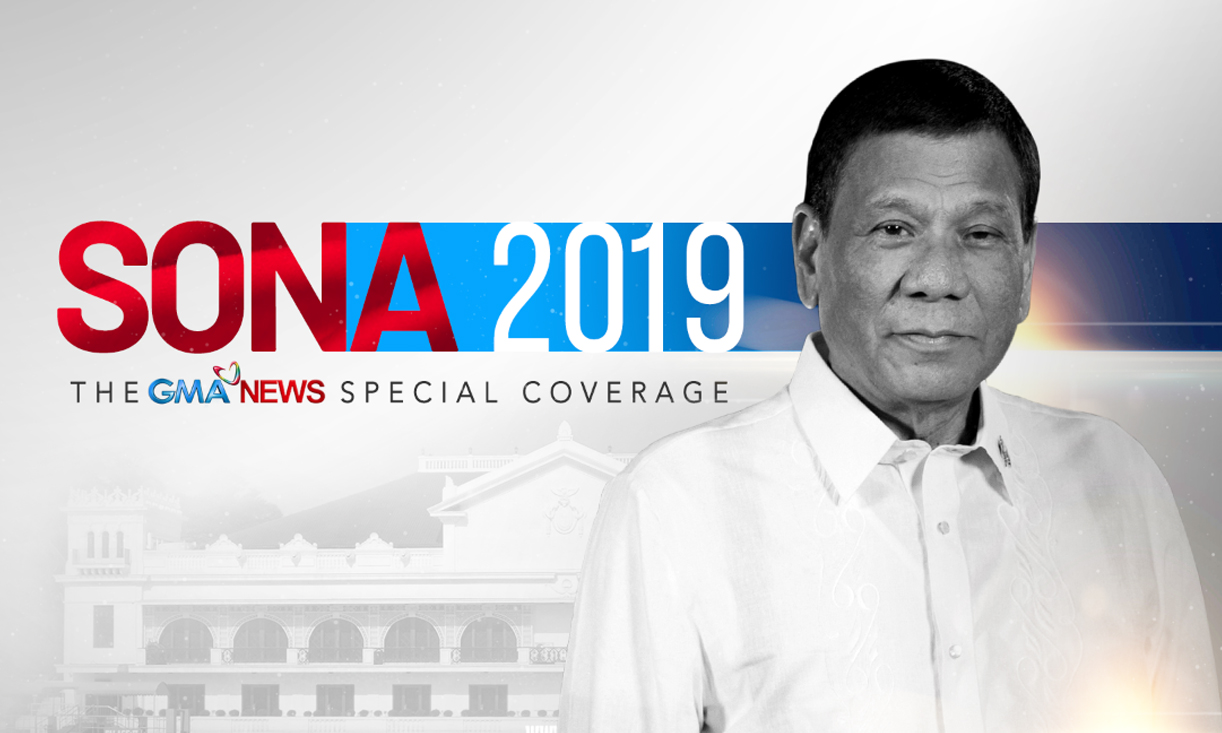 PRESS RELEASE FROM GMA-7:
GMA News, the country’s most trusted broadcast news organization, is again all set to bring to the public the most comprehensive coverage of President Rodrigo Duterte’s fourth State of the Nation Address (SONA) on Monday (July 22).

At the break of dawn, GMA News gives viewers an overview of what to expect of President Duterte’s fourth SONA in Unang Hirit’s Unang Balita. In the afternoon, “SONA 2019: The GMA News Special Coverage,” anchored by Pia Arcangel, airs the speech of President Duterte as he faces the nation and is expected to report on his administration’s accomplishments for the last 12 months and lay down his legislative agenda. Highlights of the speech, analyses, as well as the latest and biggest news in and out of the Congress will be aired on GMA-7’s primetime newscast 24 Oras and late-night newscast Saksi.

Leading news channel GMA News TV also gives viewers comprehensive reports from morning to afternoon on “SONA 2019: The GMA News TV Special Coverage” beginning with Dobol B sa News TV, Balitanghali, and News TV Quick Response Team. At night, GMA News TV’s flagship newscast State of the Nation with Jessica Soho gives a roundup of what transpired during the SONA as well as other developments throughout the day.

The full speech of President Duterte will also be aired after State of the Nation with Jessica Soho.

Netizens can also follow the special coverage of GMA News Online at www.gmanews.tv, where comprehensive backgrounders, up to the minute reports, and live stream will be made available. Updates can also be found through @GMANews accounts on YouTube, Facebook, Twitter, Instagram, and Viber.