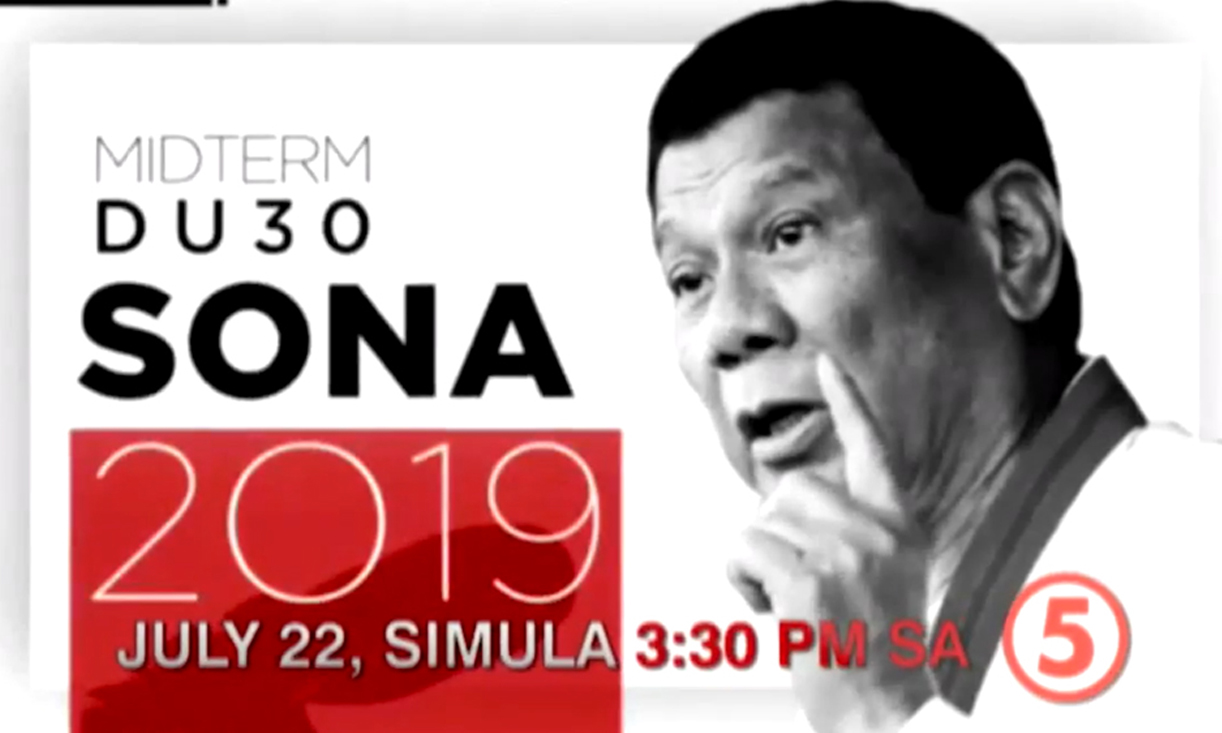 News5 chief Luchi Cruz-Valdes and chief correspondent Ed Lingao will anchor TV5’s broadcast beginning at 3:30PM up until Aksyon Prime at 6. Various Kapatid reporters will be deployed at the Batasang Pambansa to monitor the situation there, pre- and post-SONA.

Over at One News, coverage will begin as early as 8AM, with Agenda anchor Cito Beltran opening the broadcast. Co-anchoring throughout the day are The Big Story’s Roby Alampay, One Newsroom’s Shawn Yao, and One News Now’s Jove Francisco. One News’ coverage will run all day long, up until the special live edition of The Chiefs, which will provide post-SONA analysis.

The SONA coverage will also extend at One PH beginning in the morning up until the live broadcast of Wag Po!. Heading up the broadcast is Sa Totoo Lang anchor Cheryl Cosim. The channel’s coverage, which will be getting a radio simulcast treatment via Radyo Singko NewsFM, will also feature other talents such as Orly Mercado and Atty. Bruce Rivera.

All of the MVP broadcast media properties’ special coverages this Monday will be line produced by News5 and powered by CignalTV.

For news tips, please use our tip box (click here). You can also send us an email by clicking this link.

Watch the promo video below: