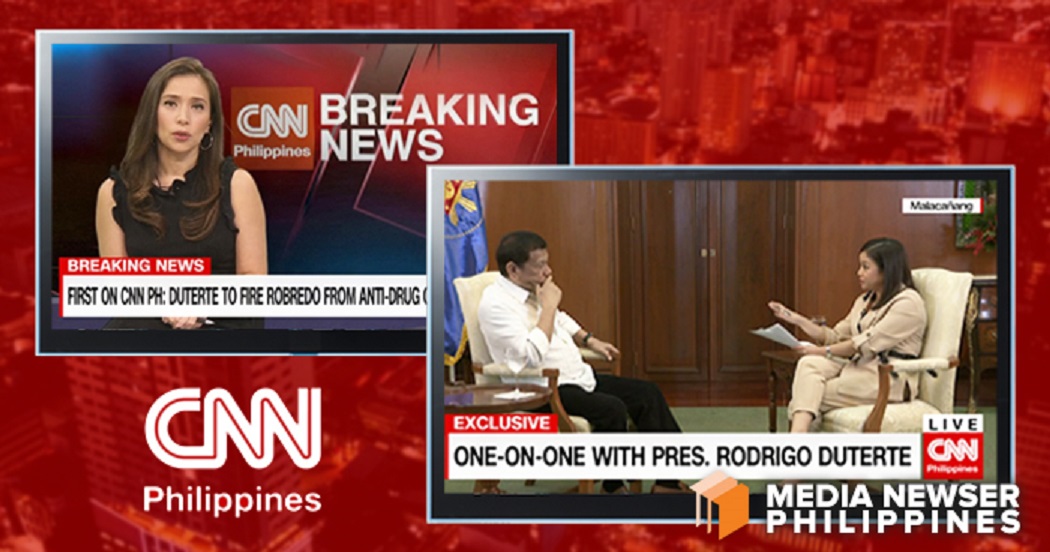 CNN Philippines will continue to deliver “news you can trust,” thanks to a renewed deal between Nine Media Corporation, the network that carries it, and WarnerMedia, the company that owns CNN.

Media Newser Philippines has exclusively learned that both companies have agreed to renew their licensing agreement for another five years. Meaning, Nine Media will continue to carry the CNN brand at least until the end of 2024.

The deal, according to our sources, was actually finalized months ago — ahead of its expiration — and Nine Media had an easy time negotiating with WarnerMedia given CNN Philippines’ much stable performance and financial health in 2019.

The terms of the new agreement have not been made public, and it is unlikely that the network will issue a statement about the renewal. But sources said that employees station-wide were already made aware through an internal announcement two weeks ago.

The local CNN station’s future has been a big topic of discussion in media circles, with some wondering whether it would earn a renewal. With this development, CNN Philippines employees can now have a sigh of relief and refocus their attention on improving the network, which has seen some changes in recent months.

CNN Philippines is now banking that its newest offerings will further give it a boost. Already, it launched Busina Balita, a new late afternoon newscast that is geared towards viewers who prefer Filipino-language programming.

In November, it also secured a deal with NBA that allows it to screen the American sports league’s weekend games until the end of this year.

Come 2020, it will also launch CNN Philippines Heroes, a local adaptation of CNN’s multi-platform global campaign which honors individuals who are making significant contributions to their communities.

Also two Sundays ago — through Newsroom Weekend with Claire Celdran — the network delighted many news viewers with its comprehensive breaking news coverage of the firing of Vice President Leni Robredo as co-chair of the Inter-agency Committee on Anti-Illegal Drugs. The coverage likewise drew eyeballs on social media and had almost 300 thousand views on Facebook.

Emmy award-winning CNN veteran Armie Jarin-Bennett then took over in November 2015 as EVP before she was promoted as president a year later.

Since heading the network, Jarin-Bennett has brought consistency to its operations. Its reporting and programming have also improved, viewers and critics say.