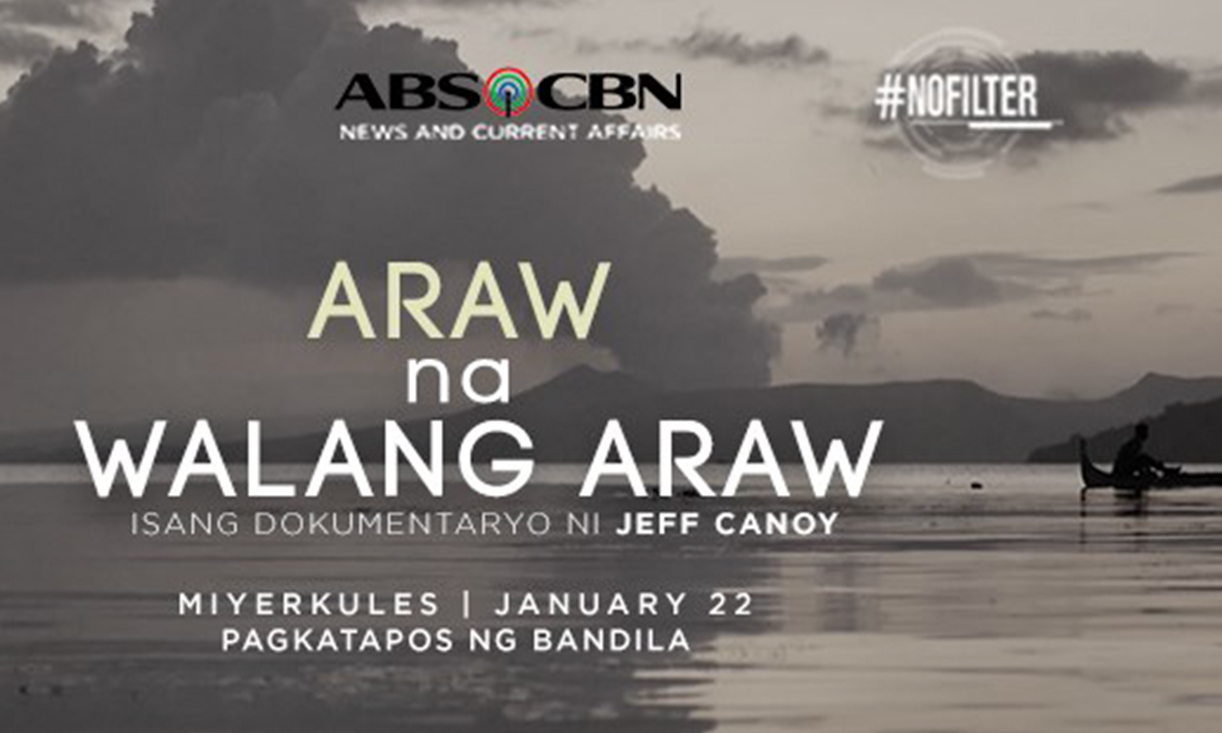 PRESS RELEASE FROM ABS-CBN:
Taal island is a beloved paradise to Filipinos, especially to those who call it home. After the eruption that destroyed their shelters and livelihood, residents are now trying to rise from the ashes as they think about their future, wondering if they still have something to return to.

The documentary will show life in the volcano island of Taal through the eyes of tour guide Nora Aquino, whose life has made a turn for the worse when the unimaginable explosion happened. The docu will also show how Nora’s nephew, Lester Umali, mustered the courage to revisit Taal island to try and save some belongings and animals they left behind.

With a shaky and uncertain future ahead, Nora, Lester, and thousands of affected individuals who are now living in evacuation centers, must face the question on whether they can find a reason to still call Taal island their home and start a new life from scratch. In “Araw na Walang Araw,” they will show the power of bayanihan as Filipinos from all walks of life showered love and support to affected families.

Don’t miss this new episode of #NoFilter every Wednesday, 9:30 pm on DZMM TeleRadyo and on ABS-CBN after “Bandila.” It is also available for streaming on iWant. Follow the show on social media via @NoFilterabscbn on Facebook, Instagram, and Twitter.