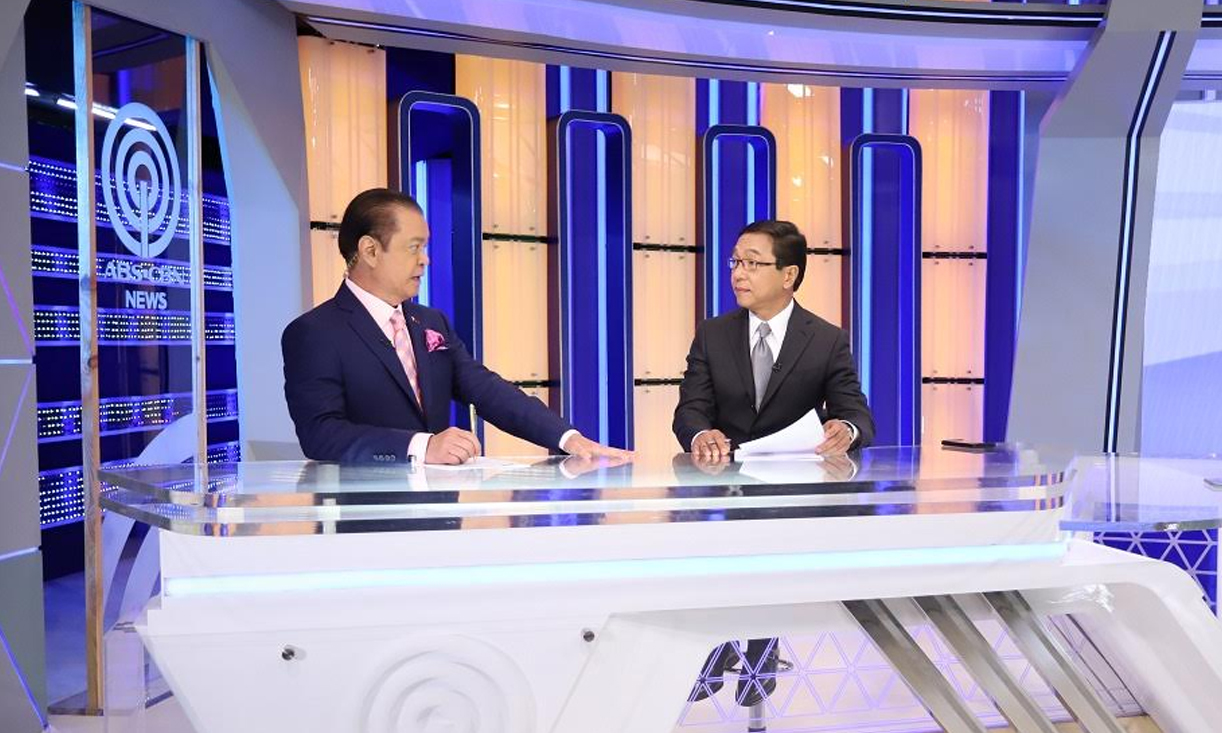 PRESS RELEASE FROM ABS-CBN:
ABS-CBN stayed true to its promise to go full force to let the voice of the Filipino be heard during the May 13 national midterm elections, with more viewers nationwide tuning in to its “Halalan 2019: Ipanalo ang Boses ng Pilipino” election coverage on TV and online.

“TV Patrol” dominated TV screens around the country as Filipinos tuned in to await the results of the elections, with 29.2% versus GMA’s news broadcast, which hit just 19.9%, according to data from Kantar Media. The network actually earned a consistently higher rating in both urban and rural areas throughout the day, starting off with the early morning telecast, which earned 5.7 % versus GMA’s 5.4%, and the afternoon telecast which rated 12.7% versus GMA’s 9.8%. Meanwhile, the network’s late night coverage on “Bandila” was also preferred by viewers, garnering a 6% rating versus GMA’s late night news telecast which recorded just 5.1 %.

Meanwhile, Filipinos worldwide stayed vigilant and turned to ABS-CBN News’ online platforms to get live updates on the go, with all ABS-CBN News sites earning a combined 46.7 million page views from May 13 to May 14, 434% more than the average daily views.

Netizens also praised the country’s largest news organization’s coverage, including its halalanresults.abs-cbn.com site for its easy-to-use, interactive interface that gave real time results straight from the official server of the Commission on Elections (COMELEC). The Halalan Results site earned 25.9 million page views during the same period.

Twitter user @bessie_2012 praised the network for its fair reporting. “I salute ABS-CBN for sticking to the coverage of the elections, no hidden agenda!”

Kapamilyas also took to social media to air their opinions, concerns, and problems via ABS-CBN News’ hashtags #Halalan2019, #HalalanAberya, and #HalalanResults. #Halalan 2019, which topped Twitter’s top trending tweets on May 13, and drew a total of 276,294 mentions, even more than the combined mentions for its nearest competitor’s two hashtags that day. Meanwhile, the Facebook pages of ABS-CBN News, ANC, TV Patrol, and DZMM got a total of 2.6 million interactions on May 13 and May 14, while their Twitter accounts garnered 296,000 interactions on the same period.

Past and present ABS-CBN newsers show support for the network

MNP Poll: Where on TV are you watching the coverage of the 2019 midterm elections?