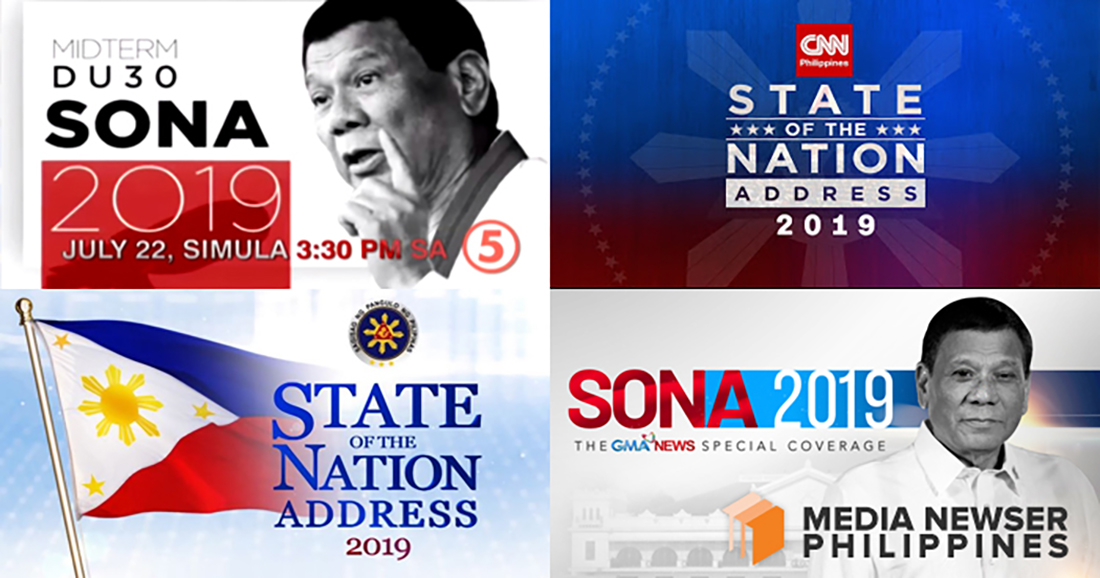 As scheduled, President Rodrigo Duterte will be delivering his 4th State of the Nation Address later this afternoon at the Batasang Pambansa. As was the case the last three years, local TV networks, as well as cable news channels, will be producing comprehensive, wall-to-wall coverage of Mr. Duterte’s annual report, with pre- and post-SONA analysis.

We’ve already provided you with the coverage plans of each of the channels to give you a sense of how they will be covering the SONA. In case you missed them, here’s a wrap-up:

As a yearly tradition here on Media Newser Philippines, we’d like to know once again where on TV are you tuning in to watch the SONA. For this year’s preference poll, we are including the newest kid on the news block, One PH, along with the usual choices: ABS-CBN, GMA-7, TV5, CNN Philippines and ANC. Also included are the state-run PTV4, One News, DZMM TeleRadyo, and GMA News TV, which according to GMA-7’s official press release will give viewers “comprehensive reports” this year.

We are leaving you with an option to add another channel of your choice, just enter it below via the “Other” text field. Cast your vote now and leave us your comments. Feel free to also participate in the discussion on our Facebook page or tweet us @medianewserphil.