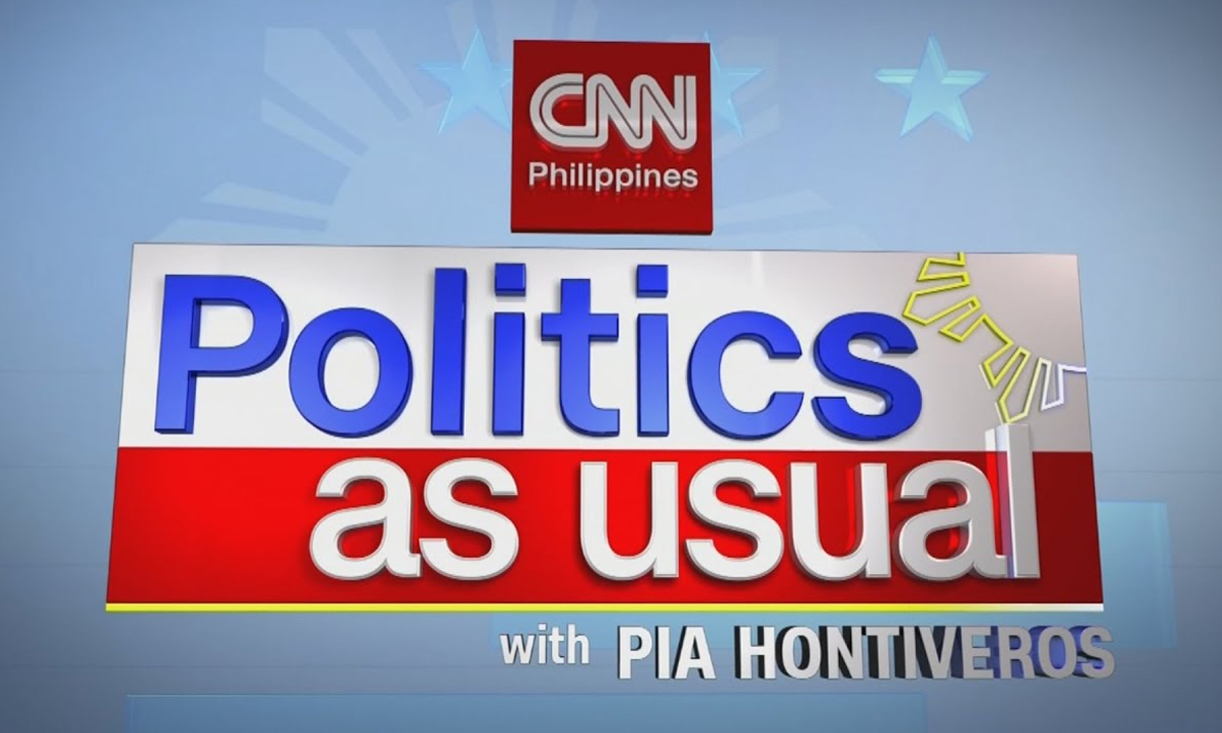 To be called Politics As Usual, the new program will be hosted by no less than the network’s chief correspondent Pia Hontiveros.

For its initial telecast, Hontiveros will be sitting down with two former senators, Juan Ponce Enrile and Jinggoy Estrada, who are both running again in the hotly contested midterm elections.

Politics As Usual will not only mark Hontiveros’ first regular public affairs program at the local CNN station since News.PH, but it will also be her return to the format that made her a star at the ABS-CBN News Channel: one-on-one with the country’s political power players.

Previously, Hontiveros had spent five years as host of News.PH — which was canceled in 2017 to give way to Gilbert Remulla’s now-defunct Political Insider — and more than a decade as host of ANC’s Strictly Politics.

Watch the teaser below: