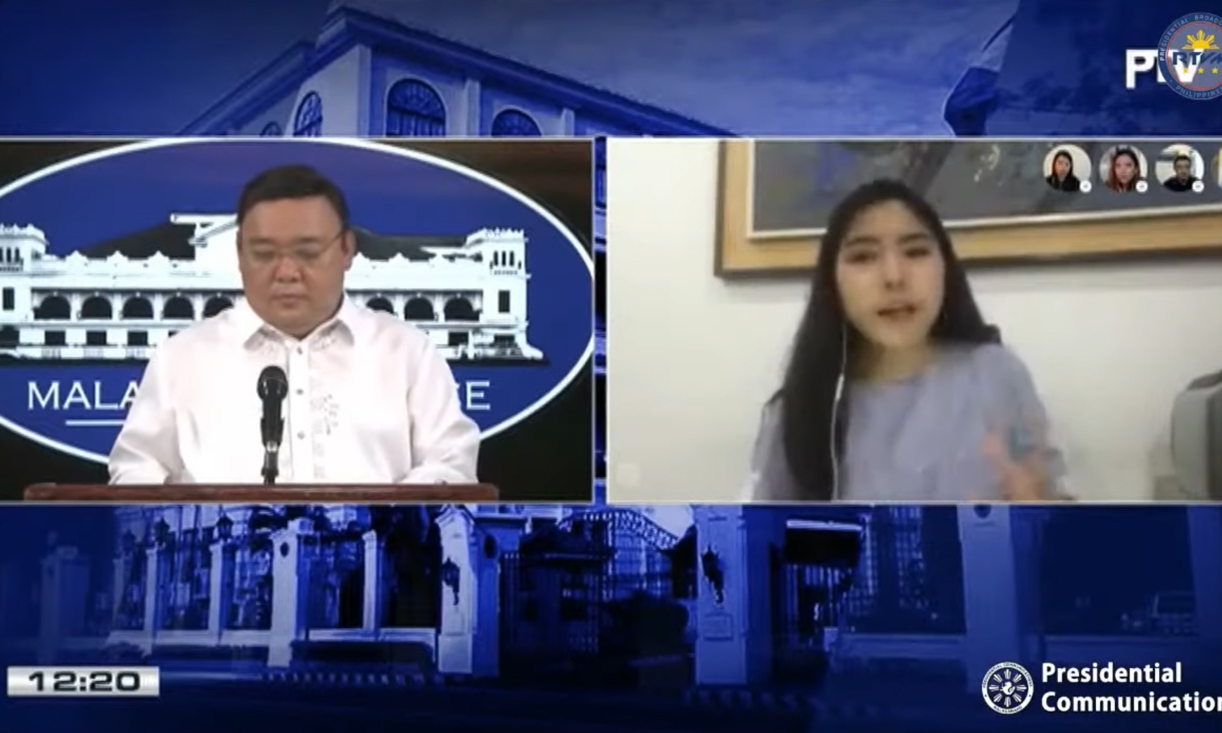 In what was an unusual exchange Tuesday, Presidential Spokesperson Harry Roque went off on CNN Philippines reporter Triciah Terada for what he claimed an inaccurate report she made.

The exchange, which happened during the live virtual press briefing, began when Terada asked a follow-up on the so-called “expanded targeted testing” of the government.

“Iyong reaksiyon ng tao sa Twitter, ganyan po ang reaksiyon pag hindi tayo nag-ingat sa reporting. And although I have to say na ikaw lang naman ang naglabas ng report na ganyan. I have to say it and get it out of my system,” he added.

Apparently, Roque was referring to a CNN Philippines online article which quoted his statement during Monday’s press briefing, in which he said the government has no program yet for mass testing.

This remarks of his, which was also carried by other news outlets, caused an immediate uproar, with the public asking why the government is becoming too reliant on the private sector.

On Tuesday, Terada’s employer came to her defense, issuing a statement which partly read: “Secretary Roque also said that only CNN Philippines reported about the issue but in reality, other news organizations carried the story as well.

“Further, we find unfortunate the manner by which the Secretary treated our Malacañang correspondent Triciah Terada in today’s televised press conference. He accused Ms. Terada, a well-respected journalist and member of our reportorial staff, of filing an inaccurate report.”

The network also clarified that Terada did not write the story herself, and that it was “regrettable” that she “was not given a chance to challenge the allegations made against her and defend herself from the public attack that could harm her reputation as a journalist and a professional.”

Likewise, the National Union of Journalists (NUJP) also criticized Roque, saying in a statement that he owes Terada an apology “for his boorish and, as it turned out, misguided tirade.”

“Officials who earn public ire for their pronouncements should not blame journalists who are merely doing their jobs,” the group said.

Watch the exchange below: